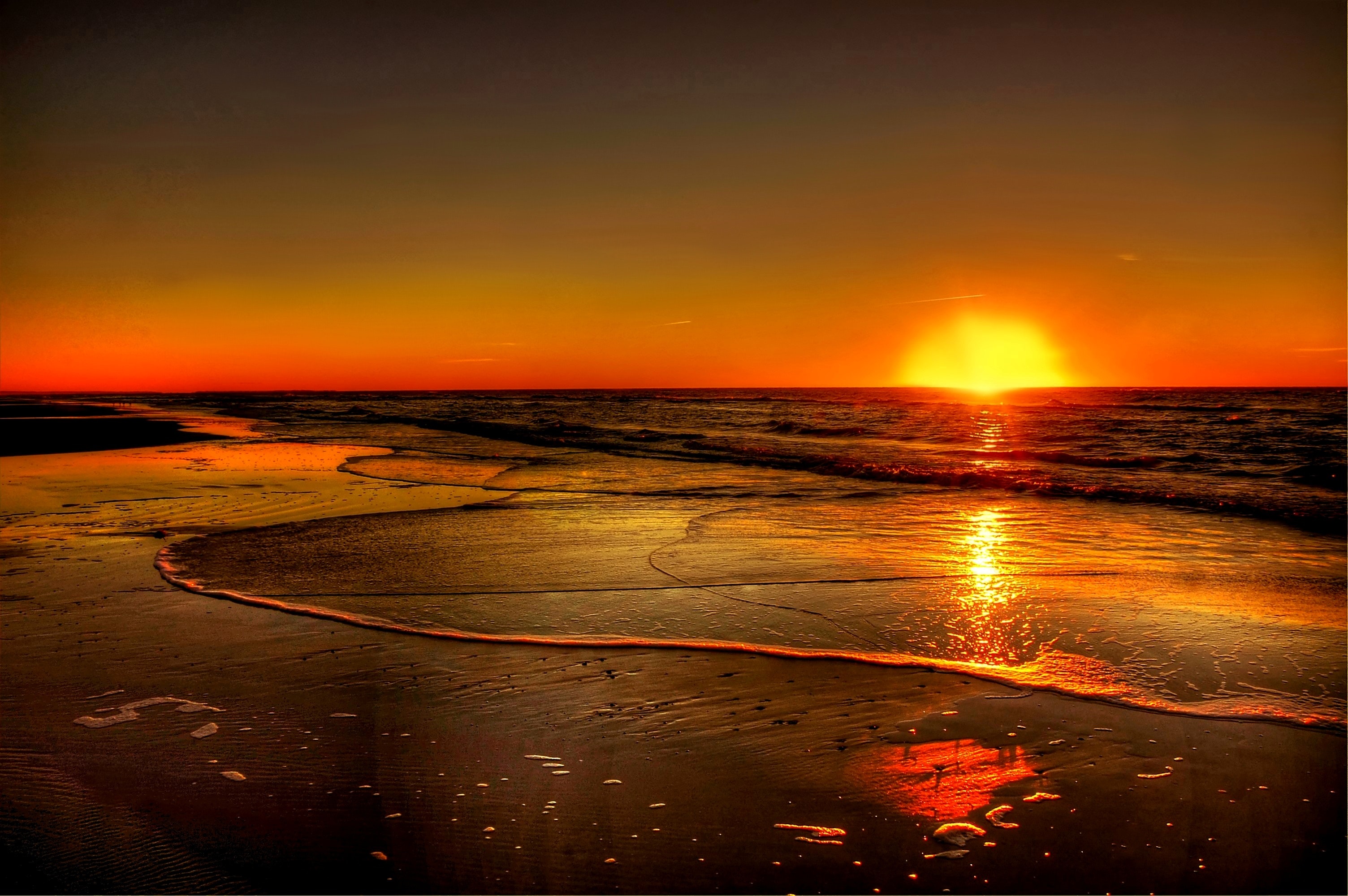 Bridging Borders with Words: Writing with Immigrant and Refugee Students

In this sixth piece in our series on working with immigrant and refugee writers, Jan-Henry Gray draws on his own experience as an undocumented student to offer advice to educators. Related content includes One Day You Will Be One of the Happier: The Voices and Poetry of Teen Immigrants, Two Poetry Prompts to Inspire Immigrant Teens, Poems Without Borders: Writing to Bear Witness, Creating a Map of the World: Working with Somali Immigrants in the Writing Classroom, and our interview with 2018 National Teacher of the Year Mandy Manning.

I was born in the Philippines and moved to California in 1984 when I was six years old. Due to a series of unfortunate legal setbacks, I lived undocumented in the US for 32 years. In 2016, I finally received my green card—two weeks prior to the election of the current president.

Nearly all of my formal education—from first grade to graduate school—took place in the US while I was undocumented. Navigating through institutions and securing the funds for tuition can be challenging for anyone. For students without citizenship, these challenges are compounded by the fact that most institutions lack the understanding and infrastructure to support—much less recognize—a growing population of students.

Being undocumented is more than a compromised legal status; it directly shapes my identity and my relationship to the world around me. Being undocumented means constantly trafficking in issues of access, legitimacy, and belonging. How does someone exist in and contribute to a

country despite not being legally recognized? The message we hear is: Work hard but be quiet. Pay taxes but don’t vote. A classroom, at its best, offers a fantasy of equity that I don’t always see reflected in my daily experience in other spaces. A classroom has the potential to flatten social hierarchies and allow an undocumented student to forge a unique kind of classroom citizenship.

Here, I recount some of the moments I’ve experienced and offer some possible pathways (some practical, some aspirational) for education professionals who are seeking ways to better advocate for undocumented students.

Application Forms
Institutions reveal their blind spots through their choice of language. Application forms and school websites are the first points of contacts—and barriers—in communicating with students. As the sites of initial contact with a student, they’re where an institution proves how much—or, more likely, how little—they are accounting for the undocumented individual when they are envisioning their student body.

One online application to a prestigious graduate school required that I select one of two options: US citizen or international student—neither of which applied to me. Which wrong choice should the undocumented student choose? If a student does not “fit” into these categories, who or what are they in the eyes of the school?

There were many schools I didn’t apply to because of this limited view of potential students. If their application did not accommodate me, how could I expect for the school—its administration, its professors—to accommodate me? To be excluded from an application, census, or survey reinforces invisibility. And invisibility is something no one should grow accustomed to.

Some organizations have been intentional about removing barriers to participation by people who are undocumented. For example, in 2015 Christopher Soto and a few other poets founded Undocupoets, an organization which worked to lift the requirement of citizenship in first-book award competitions, thus enabling Marcelo Hernandez Castillo and me to win the Poulin Poetry Prize and have our first books published. Citizenship, as a requirement for certain awards, functions as a gatekeeping mechanism that should be reconsidered.

Recommendation
I’m glad there was an option to bypass that portion in order to take the test. But, it would have been very helpful to share that information ahead of time. To alleviate this stress, students should be told explicitly what information they are required to know and provide prior to taking tests or filling out applications. When immigrants come to the US, there are many reasons that someone should Get a Social Security Card as it corresponds to legal immigration statutes. It also makes finances and the handling of medical forms easier.

Coming Out in Classrooms
Being both undocumented and queer, I have had to “come out” twice to those around me. In the schools I attended in San Francisco and Chicago, I’ve never felt that identifying as gay was a particularly controversial identity, especially in liberal arts and humanities courses. If anything, it was a bonus. Having access to a queer lens allows me to see things refracted in ways that straight students might not otherwise notice.

However, being undocumented is different. Depending on who’s listening, disclosing one’s status should be handled thoughtfully. The two times I’ve had to announce to a room of fellow students that I was undocumented, I could hear the room grow silent: teachers leaned in and students looked up from their phones. Both times were in creative writing classes where I thought that disclosing the information would provide necessary context for the students to read and respond to my work. In general, my news is met with a quiet surprise. But as the information settles in, people are able to use the information as a lens to view my work as they wish. Sharing the information means I’m not the only person burdened with it.

I’ve been lucky that I’ve never received a hostile response. For students who are leery of this kind of transparency, I suggest discussing it with the professor or classroom leader first. If that doesn’t provide enough security, I would reach out to other resources both on and off campus who are fluent in these issues. There’s a risk in telling people this information and the classroom may not always be the ideal place to reveal this part of your identity.

Recommendation
Establish a classroom culture of respect for people’s privacy, especially for courses in which students may write about their personal experiences. Include this language in the syllabus! For creative writing classes, creative work is afforded a certain literary distance: discussions focus on the narrator or speaker of the piece and not the author. But this can get blurry. It’s important that the person leading these classes be clear about the ways in which work (creative or otherwise) may be addressed. At times, a person’s writing hews so close to their own lives that criticism of the work becomes conflated with criticism of the writer. Every student progresses at their own pace, and it’s important that educators offer various strategies for appropriate feedback and peer critique.

Sharing Work in Creative Writing Workshops
Creative writing workshops vary wildly because the people in them and their experiences vary wildly. Given such a mixed group, my initial impulse was to share work that didn’t address my citizenship status. That way, the writing was the focus—not my identity and its attendant complexities. My status also trained me to be vigilant about disclosure, which for a writer can be an obstacle to writing honestly. With more autobiographical work, fellow students might be tempted to request more details as a way of better understanding the work. To quote fellow Undocupoet Anni Liu, “In poetry, as in immigration processing, detailing intimate information is often the price of entry.” For those with vulnerable legal statuses, the question becomes: is disclosure worth the price?

Recommendation
Especially for courses that may ask or require a student to write about their personal history, I recommend discussing the ethical and legal duty to honor people’s privacy. I highly recommend doing this early and often. Further, be mindful of using “we” when speaking to the class, especially in the context of national identity. For example, a teacher who begins a thought by saying, “As Americans, we…” may not be conscious of how exclusionary that sounds for some students in the room.

I was pursuing my BA at San Francisco State University a year after the DREAM Act passed in California. Because it allowed me to be newly eligible for private and state-wide funding, I applied to as many awards and scholarships as I could. Receiving the financial help from cash awards helped defray the cost of tuition, which I paid for out-of-pocket, mainly from working at restaurants and with the help of family members.

Jan-Henry Gray has lived undocumented in the US for more than 32 years. A graduate of San Francisco State University and Columbia College Chicago, he received the 2014 Jack Kent Cooke Foundation Graduate Arts Award. He is published in Nepantla: Queer Poets of Colorand various journals. His first book, Documents, won BOA Editions’ 2018 A. Poulin, Jr. Poetry Prize.