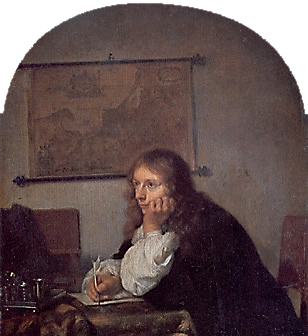 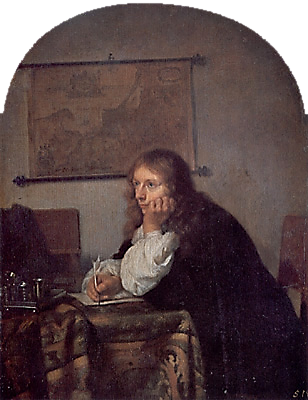 Introduction:
I give each student a handout (see below) with Walt Whitman’s “I Hear America Singing” and Langston Hughes’ “I, Too.” There are photographs of both poets on the handout.  Invariably a student observes that both poets are wearing hats!)

I write CIVIL WAR on the board and ask the students what they know about that war. Usually a student will say that the North and South disagreed about whether slavery should be abolished. I explain that the war lasted from 1861 to 1865, that “I Hear America Singing” was written the year before the war began, and that Whitman was a staunch supporter of the abolitionist movement.

I observe that reading a poem from earlier centuries is like opening a time capsule. We get to see the way people lived and the jobs they held. The students readily notice that the women’s jobs were in the home at that time. I read the poem aloud and ask the students about the tone of the speaker. We talk about the quality of his voice.

Then I introduce conversation poems. The idea of a conversation poem is that regardless of when a poet lived, another poet can respond, as if having a literary conversation spanning centuries. With this in mind, I read the Hughes poem aloud. The students notice it was written in 1926 and I point out that this was before the Civil Rights Movement. I encourage the students to describe the second poet’s voice. Kids use words like “proud” or “strong” or “sad,” all of which are useful in helping students understand the speaker’s attitude toward his society and times. I try to get them to notice how a little word like “then” can have so much impact and ask why this might be. Students say it’s because the word sits all by itself, and it comes at the end of the stanza. By getting the kids to think about that line break, we look further into the poet’s aspirations for the future, and how these might be based on the state of their own time. I explain that poets’ line breaks and stanzaic structures are closely connected to the meaning they hope to convey.

Main Activity:
I ask the students to imagine going into a time capsule to speak to either Walt Whitman or Langston Hughes. What would they want to say to either poet with their poems? I remind them that history can always be a source of inspiration, and in the realm of poetry, there are no boundaries preventing us from communicating with anyone from the past.

If there is time, students can pick their own poet from the past (i.e., someone other than Whitman or Hughes) and write a conversation poem to them as well.  Remind them to consider the quality of voice and the use of line breaks.

Closing:
Students end the lesson by sharing their poems aloud. If possible, give a homework assignment or a continued activity in which students research the life and times of their chosen poets and report on what they learned and how the poet’s experiences affected his or her voice.

Materials:
Handouts of “I, Too” and “I Hear America Singing.”

Multi-Modal Approaches to Learning:
This lesson appeals to visual learners, as both poems are heavy with imagery and the students observe the poets themselves on the handout; linguistic learners, as the students write “conversation poems,” thinking about the language others have used, its subtle meanings, and how they can respond; interpersonal learners, during the group activity and response writing; aural learners, listening to the poems read aloud; and intrapersonal learners, culminating in an independent writing activity.

How a Spider Web Can Untangle Memoir Writing

'Conversation Poems' has no comments