“Great teachers create an environment in which students learn through exploration and adventure.  Both teaching and learning are creative experiences.”

What if every child got a chance to spend a year working with a practicing writer as part of their K-12 education? What if the measure of powerful writing was not about conforming to rules but about capturing the particular details of the students’ voices and lived experiences? What if the sign of a successful class was the presence of joy? These are some of the questions I have held closely for more than two decades as the Executive Director of Writers in the Schools (WITS) in Houston and leader of the national WITS Alliance. The approach to those questions has shifted as we have faced, for example, the inequities highlighted by Black Lives Matter or the devastation brought about by Hurricane Harvey. But keeping these questions in my heart has been my job and my passion for the past 22 years.

In 1989 I moved from New York City to Texas to begin a PhD in Creative Writing at the University of Houston. A month into my first semester as I strolled through the English Department hall, I noticed an office door that lacked the name of a professor. From the line of light beneath the door, I could tell the room was occupied so I knocked. Two women’s voices said, “Come in.” They introduced themselves as Victoria Jones and Kathy Killian, and told me they worked for Writers in the Schools (WITS). Founded in 1983 by Marv Hoffman and Phillip Lopate and modeled after Teachers & Writers Collaborative, WITS had been sending writers into Houston public schools for just six years at that point. When Victoria and Kathy found out I’d been a full-time English teacher, they quickly signed me up. I stayed with the organization until 2020, when I left to focus on my own writing. In those 30 years, I witnessed a lot of WITS history.

Two books, Wishes, Lies, and Dreams and Pedagogy of the Oppressed,  stand out as the bookends to my time at WITS. I think of them as a pair, two guidebooks which led us on a path to becoming better teaching artists while remaining true to our calling, true to our students, and true to our best selves.

In my early days teaching with WITS, it seemed that the book that nobody could stop talking about was Kenneth Koch’s Wishes, Lies and Dreams. There were always multiple copies being passed around from teaching artist to teaching artist. Koch was a poet, teaching artist, and a formative presence in the early days of Teachers & Writers, and this book is part memoir of that heady time and part classroom pedagogy. Koch’s book captures the energetic role that writers from Teachers & Writers were playing in New York City schools at a time of great cultural and societal ferment. Many of the things we learned from Koch’s seminal text remain at the heart of WITS teaching.

First, that children are capable of writing incredible stories and poems. For much of the history of education, writing was taught by copying, word for word, the works of the so-called masters. I can remember as a student in the 70s copying paragraphs verbatim from the chalkboard in my elementary school writing classes. I suppose these were actually lessons in handwriting, not writing, but that is how writing used to be taught. The idea that given the opportunity, students could write with originality and verve was fairly new. When Koch describes his teaching in Wishes, Lies, and Dreams, you can tell that everyone in the classroom is having fun, including him, in the endeavor of being poets.

Second, that students can understand and enjoy texts other than the ones labeled “children’s literature.” Koch and his cohorts at Teachers & Writers selected mentor texts by choosing writing that would stir students’ imagination. They believed that writers such as William Carlos Williams or Emily Dickinson or Franz Kafka could be just as inspiring in elementary school as they were in graduate school.

Third, we see in Koch’s narrative that the basic structure of his writing classes follows a pattern. He introduces intriguing prompts, models the writing process or leads in the creation of a group write, provides time for independent writing, and ends with students sharing their work and receiving feedback. This structure, or a slight variation of it, is still the most common one I have observed in WITS classrooms in Houston, New York City, and across the nation.

When I was teaching at WITS in the 90s, Kenneth Koch’s book was a kind of bible for us. In the years that followed, my fellow teaching artists and I made many of our own discoveries and found new ways to teach students on their own terms. We combined creative writing with art, book making, slam poetry, videography, and video game design, adding in new elements that were exciting to us as writers and to our students. But the basic model shared by Koch and Teachers & Writers is still there today; it is the pedagogical structure in most WITS classrooms that I’ve visited.

In the last few years, however, this model has been transformed and expanded by teaching artists’ increased focus on issues of equity, diversity, access, and inclusion. Backing up a bit, I should say that for as long as I can remember WITS writers have been mindful in sharing diverse texts with students. Writing by Cisneros, Giovanni, Harjo, Hughes, Kincaid, Momaday, Neruda, Nye, Rankine, and Tan has been a staple of WITS teaching, as has work by many other incredible writers of color. But even though writing by BIPOC authors has always played a crucial role in WITS classrooms, I have learned that this alone is not enough.

[Freire] writes, “There’s no such thing as neutral education. Education either functions as an instrument to bring about
conformity or freedom.”

The book that many WITS writers are reading and talking about now is, believe it or not, written in the same era as Wishes, Lies, and Dreams. It’s not literally a book of creative writing lessons, but a book about politics, power, and the role of education within a system that favors the haves over the have-nots. That book is Paulo Freire’s Pedagogy of the Oppressed.

In 2014 WITS Houston adopted the local youth slam team, Meta-Four Houston, and became a part of a national cohort of spoken word youth organizations. That was when I first read Freire, introduced to his work by Hodari Davis of Youth Speaks. Pedagogy of the Oppressed kindled a flame inside of me, and explained what I knew to be true but hadn’t yet articulated: that we were not doing enough to confront systemic injustice. Figuring out how to make necessary changes was not immediately clear to me, although through the help of training and facilitation, I realized that we would have to use equity as the lens through which we would review and, if needed, alter and improve every aspect of our organization, from hiring and training, to policy and programs. Over the years we made dozens of changes, large and small, and the process is ongoing. When it comes to achieving justice, I think perhaps we are just beginning.

This past summer after the killing of George Floyd, at a time when inequities in this country were being made even more stark by Covid-19, and in the midst of the incredible movement proclaiming Black Lives Matter, I re-read Pedagogy of the Oppressed. It came at me with new fire and seemed absolutely contemporary. Though written over fifty years ago, the conditions it laments are just as present today.

Freire writes that the teacher and student must be openly aware of the power system surrounding us, must actually point it out and discuss it, or else education can not take place. He writes, “There’s no such thing as neutral education. Education either functions as an instrument to bring about conformity or freedom.”

Done well, WITS teaching does encourage freedom. In the wrong hands, the risk is that student writing declines into a fill-in-the-blank exercise. That does not happen often, but if you’ve ever read a stack of student poems in which every line begins with “I am from,” you will understand what I mean. At its best, however, the WITS writing experience allows student writers to discover their own originality, to write better than they ever thought possible. To soar.

In the spirit of Black Lives Matter, Freire’s Pedagogy of the Oppressed is a call for change. I believe that WITS programs are an ideal place to address the issues of power and position Freire’s book examines. Freire writes,  “The teacher is of course an artist, but being an artist does not mean that he or she can make the profile, can shape the students. What the educator does in teaching is to make it possible for the students to become themselves.” This strikes me as a wonderful overarching mission statement for anyone who is teaching as a writer in schools. Great teaching is an art. Great teachers create an environment in which students learn through exploration and adventure. Both teaching and learning are creative experiences.

Freire’s revolution is social and political in nature. Koch’s revolution is one of the imagination and self-expression. Both are central to the needs of our students. There’s so much I could say about my years at WITS, but what is essential is that we’ve always put the students at the center of our work. They are going to inherit this world from us. As educators, we must continually strive to keep the focus on their well-being, their preparation, and their willingness to create a better world than this.

Featured image above: The student poets of Houston Meta-Four Houston celebrate at the Grand Slam 2018. The author is on the far right. 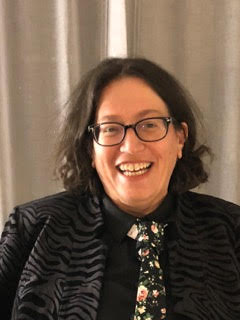 Robin Reagler led Writers in the Schools (WITS) in Houston from 1998-2020. She won the Charlotte Mew Prize for Teeth & Teeth, selected by Natalie Diaz and published by Headmistress Press (2018) and the Best Book Prize for Into The The, forthcoming from Backlash Press in March 2021.