A region wrapped in mythology and mystique, writing that has emerged and continues to emerge from the Caribbean is informed by the region’s long history as a site of colonial interest and greed, of numerous nations’ successful battles for liberation, and as a region of constant migratory flow. The writers listed here offer narratives from Caribbean voices who remain in the region, who were born and raised elsewhere, and who have grown in their respective homeland and migrated to find other homes. The diversity of the Caribbean is reflected in the generational and linguistic differences that simultaneously oppose and explore the linkages between the many island nations. In particular, though each writer and each nation has their own unique history and voice, all hold ties to the US or the UK, as either immigrants or children of immigrants, in addition to the ties to their native lands. Each has had to contend with both the legacy of slavery and colonialism at home and abroad and their notions of self as Black writers within the African Diaspora. Each writer is held by and each navigates the mighty Atlantic Ocean and the many complexities encountered by traversing its waters.

These writers remind us that in the stories of our own lives, we are oriented and shaped by our origins, our histories. Their works let us know we all have journeys, personal and geographic, that inform our relationships to home and our understandings of who we are. In looking at the list below, you’ll find that these and other themes inform the writers’ varied works as they innovate and flow with form and content to address the Caribbean’s many legacies. 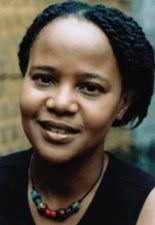 Edwidge Danticat is the author of several books, including Breath, Eyes, Memory, Krik? Krak!, The Farming of Bones, The Dew Breaker, Create Dangerously, and Claire of the Sea Light. She is also the editor of The Butterfly’s Way: Voices from the Haitian Dyaspora in the United States, Best American Essays 2011, Haiti Noir, and Haiti Noir 2. She has written six books for children and young adults, Anacaona, Behind the Mountains, Eight Days, The Last Mapou, Mama’s Nightingale, and Untwine; as well as a travel narrative, After the Dance. She is a 2009 MacArthur fellow and a National Book Award Finalist.

“Children of the Sea”–short story/novel excerpt 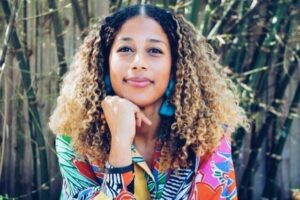 Aja Monet (born August 21, 1987) is a poet of Cuban and Jamaican descent who was born and raised in Brooklyn, New York. She is the author of several books of poetry, including My Mother Was a Freedom Fighter and The Black Unicorn Sings. She is known for being the youngest ever Slam Champion at the Nuyorican Poets’ Cafe and is an outspoken advocate for social justice for people of color and other marginalized communities. Her work addresses themes of place, social justice, and liberation.

“What My Grandmother Meant to Say to Me Was”-poem

Jamaica Kincaid, original name Elaine Potter Richardson (born May 25, 1949, St. John’s, Antigua), is a Caribbean-American writer whose essays, stories, and novels are evocative portrayals of family relationships and her native Antigua. Kincaid settled in New York City when she left Antigua at age 16. In 1973, she took the name Jamaica Kincaid (partly because she wished the anonymity for her writing), and the following year she began regularly submitting articles to The New Yorker magazine, where she became a staff writer in 1976. Her books include Annie John, Lucy, See Now Then, At the Bottom of the River, and The Autobiography of My Mother.

Nancy Morejón is the best-known and most widely translated woman poet of post-revolutionary Cuba. Born in 1944, Morejón is the first black woman poet to publish widely and be accepted as a professional writer, critic, and translator. Morejón is recipient of the Critic’s Prize (1986) and Cuba’s National Prize for Literature (2001). Morejón’s work addresses contemporary issues of ethnicity, gender, history, politics, and Afro-Cuban identity. Her poems stand as vibrant reflections on the intermingling of Spanish and African cultures in Cuba, what it means to be a child of both traditions, and how the bright threads of this heritage are part of the greater web of the African experience in the Americas. 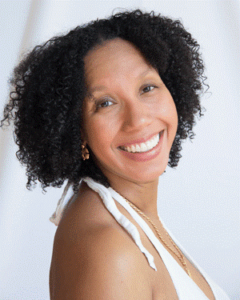 Tiphanie Yanique was born September 30, 1978 in St. Thomas, Virgin Islands, and is a writer of poetry, fiction, and creative nonfiction. She is the author of the poetry collection Wife, the novel Land of Love and Drowning, and the short story collection How to Escape from a Leper Colony, among others. She is the recipient of numerous awards, including a Pushcart Prize and a Fulbright Fellowship, and has been listed as one of the National Book Foundation’s 5 Under 35. Much of Yanique’s work is centered in or around the Virgin Islands and addresses themes of home, belonging, migration, and colonial history. She is also the author of a children’s book entitled I Am the Virgin Islands. 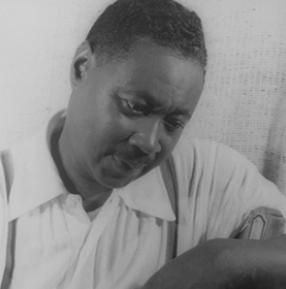 Claude McKay was born in Jamaica on September 15, 1889. He was educated by his older brother, who possessed a library of English novels, poetry, and scientific texts. In 1912, McKay published a book of verse called Songs of Jamaica, recording his impressions of black life in Jamaica in dialect. In 1917, he published two sonnets, “The Harlem Dancer” and “Invocation,” and later used the form in writing about social and political concerns from his perspective as a black man in the United States. McKay’s viewpoints and poetic achievements in the earlier part of the twentieth century set the tone for the Harlem Renaissance and gained the deep respect of younger black poets of the time, including Langston Hughes. McKay died on May 22, 1948. 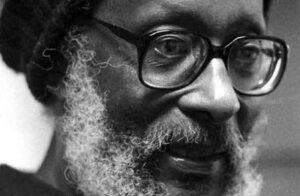 Born in Barbados, Caribbean poet and scholar Edward Kamau Brathwaite was educated at Harrison College in Barbados and Pembroke College at the University of Cambridge. He earned his PhD in philosophy from the University of Sussex. Using “nation language” as well as linguistic and typographic innovation, Brathwaite composes poems that parse the connected strands of postcolonial, historical, and personal inquiry. Co-founder of the Caribbean Artists Movement, Brathwaite is the author of numerous collections of poetry, including Elegguas, the Griffin International Poetry Prize winner Born to Slow Horses, Ancestors, Middle Passages, and Black + Blues (1976). He is also the author of Our Ancestral Heritage: A Bibliography of the Roots of Culture in the English-speaking Caribbean (1976) and Barbados Poetry: A Checklist: Slavery to the Present (1979).

Julia de Burgos (February 17, 1914–July 6, 1953) was a poet from Puerto Rico. As an advocate of Puerto Rican independence, she served as Secretary General of the Daughters of Freedom, the women’s branch of the Puerto Rican Nationalist Party. She was also a civil rights activist for women and African/Afro-Caribbean writers. By the early 1930s, Burgos was already a published writer in journals and newspapers. She published three books, which contained a collection of her poems. For her first two books, she traveled around the island promoting herself by giving book readings. Her third book was published posthumously in 1954. Burgos’ lyrical poems are a combination of the intimate, the land, and the social struggle of the oppressed. Many critics assert that her poetry anticipated the work of feminist writers and poets as well as that of other Hispanic authors 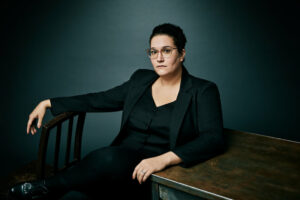 Carmen Maria Machado is an American short story author, essayist, and critic of Cuban descent. She is the author of the memoir In the Dream House and the short story collection Her Body and Other Parties. She has been a finalist for the National Book Award and the winner of the Bard Fiction Prize, the Lambda Literary Award for Lesbian Fiction, the Brooklyn Public Library Literature Prize, the Shirley Jackson Award, and the National Book Critics Circle’s John Leonard Prize. In 2018, the New York Times listed Her Body and Other Parties as a member of “The New Vanguard,” one of “15 remarkable books by women that are shaping the way we read and write fiction in the 21st century.”

Her essays, fiction, and criticism have appeared in the New Yorker, the New York Times, Granta, Harper’s Bazaar, Tin House, VQR, Conjunctions, McSweeney’s Quarterly Concern, The Believer, Guernica, Best American Science Fiction & Fantasy, Best American Nonrequired Reading, and elsewhere. She holds an MFA from the Iowa Writers’ Workshop and has been awarded fellowships and residencies from the Guggenheim Foundation, Michener-Copernicus Foundation, Elizabeth George Foundation, CINTAS Foundation, Yaddo, Hedgebrook, and the Millay Colony for the Arts. She is the Writer in Residence at the University of Pennsylvania and lives in Philadelphia with her wife.