By Vanessa Mártir
Most private colleges and universities require a personal narrative essay as part of the application process. I tell my students that the essay is the gate. Their statistics get them to the gate—GPA, SAT and/or ACT scores, extracurricular activities, etc.—but what gets that gate to open (and grant them admission) is the essay. It’s the one place in the application where they get to show who they are beyond the stats, what they’ve been through and what’s important to them. Write a bad essay and that gate won’t open. Write a stellar one, and it’ll fly open. My role is to help high school seniors write an essay that will get that gate open.

For me, one of the most difficult parts of teaching how to write a personal narrative is getting my students to trust me with their stories. High school students tend to be guarded around adults, for one reason or another, especially a teacher who comes in from the outside to lead them through the process of writing something they’re resistant to sharing. To counter this, I first work on earning their trust. I do so by sharing some of my stories—telling them about where I grew up in Bushwick, Brooklyn, when the neighborhood was a pile of rubble, and how I’ve made my way in the world, become a writer and teacher. I tell them about the essay I wrote to get me into Columbia University. Then I start them digging into their own stories.

Some students walk in knowing what they want to write about, but most students see themselves and their lives as boring and uneventful. They think that they have to have experienced something extraordinary to write a college-admission-worthy essay, say surviving Hurricane Katrina holding onto a raft. Coaxing the stories out of them takes some work and involves several things:

Once the topic is chosen, the real work starts. These students have spent their academic lives not writing about themselves. They’re taught to write a five-paragraph essay that constricts the narrative they have to tell, so a lot of the work consists of unlearning this. As my colleague, teaching artist Janice Lowe, says,”You must challenge students to write more and to go deeper than they think they can.”

I push the students to offer as much detail as possible, telling them that it is better to overwrite. “We can chop later.” And while teaching them how to write about themselves, I also have to teach them the craft of storytelling.

What I find especially rewarding is that often writing the personal narrative becomes a journey of discovery. The students realize just how much they’ve endured and how resilient they are to have survived and come out on top—that, in fact, they have in essence survived a hurricane, even if a personal one.  One of the essays that has stayed with me was written by a Bronx-born, butch-identified young woman. She first insisted on writing about her relationship with her stepsister, but I could tell from what she wasn’t writing that there was a bigger story.

So I shared my story of growing up in a lesbian relationship, and her eyes grew wide. She asked question after question: What was it like? Did you deal with a lot of homophobia growing up? Did your moms share their coming out stories? Finally I asked, “How did you come out?” The story she shared was emotional but full of resolve. “This is who I am,” she said, with tears in her eyes. “My dad is gonna have to accept that I don’t wanna wear a dress to prom. He swears I’m going to but I’m not. I’d rather not go.” I wrote those words at the top of a page and handed them to her. “Write from there.” She returned the following week with a three-page free-write which she revised several times. It ended up being one of the best essays I’ve ever helped a student write. It also got her into the State University of New York school of her dreams.

Another teaching artist colleague, Brook Stephenson, shared that the one essay that stayed with him, and that he shared with each subsequent group of students, is a piece by Ambar Suarez. “She wrote a beautifully introspective piece that captured her shortcomings and successes as a human being shuttled from one culture/society to another. What’s most beautiful or powerful to me is her prescience in questioning what she’s losing culturally from home and criticizing the new. You have to have an opinion. She voices hers.”

Janice remembers an essay one of her students wrote about his struggles with autism. In the essay he “recalls communicating by gesture until he said his first words at age seven. He writes about a painful shyness that developed because of his difficulties with communicating. In the first few class meetings, he said very little. I thought that there was a language barrier until I read the first draft of his college application essay. He wrote confidently and imaginatively. He was brilliantly self-aware and able to analyze his experiences in a lively way that jumped off the page.”

When I started teaching the college essay, I never imagined I would learn so much from my students. So many of them have faced incredible challenges, like parental abandonment and homelessness, and while their resilience and maturity are palpable, they don’t usually see that until they have the mirror of their stories in front of them. These are the strongest essays, I think—the ones where they let themselves be vulnerable and honest.

Brook says, “My biggest takeaway is seeing how valuable personal narrative writing is to the individual. Watching juniors struggle with writing about their lives and experiences shows how little thought they seem to do in taking stock of who they are, what they are truly thinking, and the experiences that shape them.”

Years after I worked with them, I have had students write to me to confess that the personal essay was the first place they really assessed their lives. They may have fought me through the process, but the growth they experienced has followed them through their college career and afterward. Admission to college is the ultimate goal, but it’s when I hear these kinds of confessions that I know I’ve done my job. 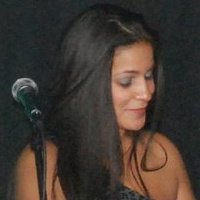 Vanessa Mártir is a NYC-based writer, educator, and mama. She is currently completing her memoir, Relentless, and chronicles her journey in her blog. A five-time VONA/Voices fellow, Mártir now serves as the organization’s workshop director and newsletter editor. Her essays have appeared in The Butter; Poets & Writers Magazine; Kweli Journal; and the VONA/Voices Anthology, Dismantle, among others. In 2011, Mártir created the Writing Our Lives Workshop, through which she’s led hundreds of writers through the process of writing personal essay. She has penned two novels, Woman’s Cry (Augustus Publishing, 2007) and The Right Play (unpublished); and she co-wrote Do Something!: A Handbook for Young Activists (Workman Publishing, 2010).

'UNCOVERING STUDENTS’ STORIES' has no comments