I’d always jotted observations about my high school classroom and the students, but I didn’t consider these entries real writing, and I certainly wouldn’t want anyone else’s eyes but my own racing across the lines of words.

Natalie Goldberg’s story in her book Writing Down the Bones changed all that.  She told of a time when she was asked to participate in a fundraiser. In her booth, she exchanged a few dollars for a personalized poem, one she wrote for her customer on the spot. Something like a cross between a gypsy fortune teller and a portrait artist who sketches your likeness while you wait.  Goldberg was amazed how delighted people were with these little word gifts. “If she can write to strangers,” I thought, “I can sure write to my students.”

So, I began writing each student a poem. After the fall open house, I wrote this little poem to Leah, one of those students a teacher is lucky to have.

Leah,
At open house your mom told me
you came home the first day of school and told her,
“My English class is the one I always dreamed of.”
The feeling is mutual, Leah.
Every day I come singing into first hour
knowing you’ll be there, ready.

I usually gave the poems out all at once at the beginning of the period right before winter break or at the end of the semester. I’d hand out little slips of paper and ask kids to write positive and specific notes to each of their classmates. At the end of the period, these were “mailed” in brown paper lunch bags labeled with students’ names. Often, kids like Leah wrote me a note, too:  “I’ve been a pessimist a long time, feeling like there’s no hope or love left. I hope now that I’ve been in our class, my sour days are over. I will look back and think so sweetly of these people.”

Occasionally, I’d read one of my freshly written poems out loud. After I read the one I wrote to Jude, Dana piped up, “Hey, write one for me, too.” Her enthusiasm calmed my shyness about writing about the students.  After all, maybe they enjoyed the focus on their favorite subject—themselves.

When I gave the poems away, I felt a warming of emotional temperature in the room. One class maintained an uneasy truce between two factions of girls. The south side girls, mostly Hispanic, sat on one side while the north side Anglos sat on the other. Right before Christmas, Sarita stepped into the room, threw her arms out wide and announced, “You are all invited to my house for a real Mexican Christmas party.”

Curtis changed too. He had chosen to sit in the front seat of the first row, keeping himself squarely face forward, closed to the kids behind him. One day, I noticed that he’d turned his desk sideways, forming a sloppy circle that included both me and the rest of his classmates.

Wendy and Sasha were connected at the hip in elementary school, until Sasha’s parents up and moved away, leaving Wendy bereft. When Sasha came back to visit for a week last summer, Wendy wrote in her journal about how their friendship picked right up as if no time had elapsed at all.  I wrote this poem to Wendy and she wrote me back.

No gap
Like when you see someone again after a long time
And you pick up the same conversation
As if all you did was step out of the room
For a second
To check your baby brother
Or use the bathroom
Or see the night sky.

Wendy asked, “How do you know us so well?”

Besides the growing sense of community in my classrooms, I also sensed that the kids listened more acutely to the words other people wrote, both in their writing groups and in our textbooks or published poetry anthologies. Maybe they reasoned that if their poems could capture some splinter of truth about themselves, then words, even those of remote published authors, had power too.

The quality of their own writing improved. I especially loved their metaphors, once murky as irrigation water. Lydia compared football to mating season. “Football is a fight between two stags during mating season,” she wrote. “Their crashing antlers jar the air like the helmets of the defensive line.” Slade wrote in response to the demise of the Native Americans. “The white man is a weed in the garden. Many times the land is given up to the weed but the battle never stops.”  And quiet Becky wrote about herself. “Shyness is a burned out light bulb in a room full of beaming lights.”

The queen of metaphor was Ruthie. Her folks lived in a conservative religious community east of town. This quiet girl’s mind sought its own level of truth. I wrote this poem for her.

I kneel beside your desk, my eyes scanning the words
tumbling down the page.
“I love what you write,” I say,
“your words and their arrangement with others,
the layers of meaning.”
Your long fingers, nails clipped and plain, hold the pencil
and gray lead spins a universe of meaning.
Your black hair is tightly bound, wound atop your head.
You whisper, “God is the ultimate poem,
the most beautiful word arrangement of all.”

Ruthie responded: “If there was more love in the real world like in here I think there would be a lot less violence.”

Rick’s fingers never quit tapping a drumbeat on his desk top. Once, I was correcting papers after school. It was cold outside and the winds were tossing the trees. From my window, I saw him huddled in a light-weight jacket waiting too long for a ride. When his mom pulled up in a pickup, she signaled he was to climb in the back instead of warming up inside. No wonder Rick paid so little attention at school.

Rick, you dream
of another world
where reality is measured in drumbeats
and stories are told in guitar chords.
Your music world mirrors at times the pain of this real one.
You reject parsing and rules
as not just irrelevant but heresy.
No match for the integrity
of drumbeat and guitar whine.

Rick’s  response: “Sometimes it seems like you know what we’ll do before we do it.”

It was risky to write in the classroom, schools being such impersonal, bureaucratic places. If my poetry wasn’t first-rate, it didn’t matter to these kids, enamored with the words that caught them, like a camera, in mid-stride. Writing to each of my kids helped me build trust, the better to teach any subject, but so critical when teaching writing. These poems offered my students concrete proof that they matter, even in a crowded schoolhouse. 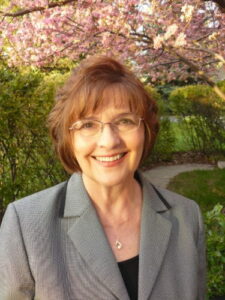 About the Author:
Sheryl Lain is a veteran teacher.  As director of the Wyoming Writing Project, she worked with hundreds of teachers. She authored A Poem for Every Student, a book about building community in the classroom.